My Open Country is reader-supported. When you buy through links on our site, we may earn a small commission at no cost to you.​

The Petzl Tikkina headlamp is a great option for the those who are looking for value, durability, and high-performance. This product features an incredible battery life, is easy to use, and offers the highest quality materials and performance compared to other headlamps in its price range. It is ideal for average hikers, campers, nighttime joggers, or anyone who wants to be prepared in the event of a blackout or car breakdown. 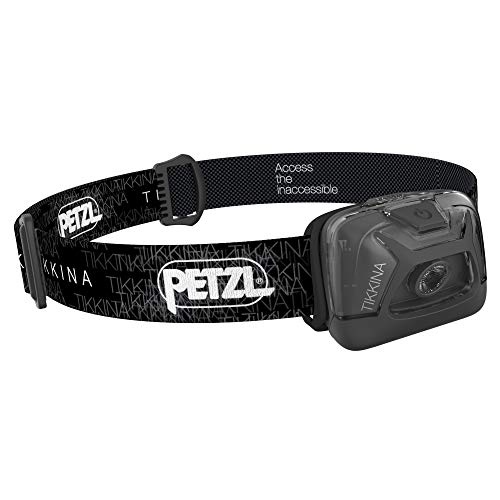 What Are Our Gripes

The Petzl Tikkina headlamp has an output of 80 lumens, which is on the lower end compared to other products on the market. However, this brightness is sufficient for this size product, and what the lamp lacks in brightness it makes up for in battery life. Additionally, it features two operation modes: one that makes the lamp shine brighter and one that reserves as much battery as possible. If the battery is running low, the lamp begins to reserve power automatically.

Operation of this headlamp is simple and requires a single push-button that can cycle through the two different power modes. The size of this headlamp’s band is adjustable to fit anyone. It slides right over the head and can be tightened with the small plastic fastener.

This is the one area where the Petzl Tikkina falls short. This headlamp would not perform as well as brighter options for purposes such as long-distance traveling in the dark or seeing far ahead in the distance to find a trail. Instead, this 80-lumen headlamp is best recommended for hikers and campers who want to do tasks at night but don’t plan on any real travel in the dark.

It is also an excellent lamp to have in case of emergency, such as a blackout or breaking down on the road at night. The lamp beam can reach distances of about 30 meters, so it may be useful for trail finding in safe and flat areas. However, it is not recommended in areas where the terrain may be considered dangerous or unstable.

Like we mentioned in the “Trail Finding” section of this article, the Petzl Tikkina is not one of the brighter headlamp options available in the market. However, when compared to other headlamps in the Tikkina’s price range, this lamp is considered relatively bright for the cost. The 80-lumen beam can illuminate a straight-ahead distance of about 30 meters. In close proximity, however, this lamp proves sufficiently bright enough to perform tasks at night and illuminate objects in front of you for clear vision.

The Petzl Tikkina’s battery life is one of its most impressive features. This headlamp will run continuously for hours when needed, even on the product’s brightest operation mode. However, the battery saving mode allows the Tikkina to shine for at least twice as long as it does in its highest power mode. While this does decrease brightness, many people will benefit from the extra hours of use if performing close-proximity tasks.

In general, this headlamp will run continuously for about 15 hours on high, or an incredible 180 hours while saving battery. For this reason, the Petzl Tikkina can be relied on heavily and will save money on batteries in the long-run. The lamp runs off of three AAA/LR03 batteries, which are easy to find and change.

This headlamp is extremely easy to use and won’t pose any difficulties for beginners or younger users. The Petzl Tikkina only features one simple push-button which controls the two operational modes and power. The button simply needs to be pressed once for power and then pressed again to cycle to high-power or battery-saving mode. As far as wearing the Tikkina headlamp, it slips easily over the head, and the size can be adjusted simply by tightening the small plastic fasteners.

The Petzl Tikkina is small and compact, weighing only about 4 ounces. Because of its light weight, this headlamp can be easily thrown into a bag, backpack, or pocket without weighing you down or being cumbersome. For this reason, the Tikkina is a great option for an on-the-go headlamp.

It won’t take up much gear space and adds an extremely small amount of weight to a bag that is virtually unnoticeable. The weight also makes the Tikkina extremely comfortable to wear. Some headlamps can cause discomfort of the head or neck, but this 4-ounce lamp can be worn for extended periods of time without causing any issues at all.

The only limitation for the Petzl Tikkina is its brightness or trail finding ability. For safety alone, this headlamp should not be used on difficult terrains in the dark. Instead, it is best suited for close-proximity use. We recommend using this headlamp as an emergency backup light or for light hiking and camping.

It is great at illuminating a campground at night so that you may perform tasks or hike a short distance. If thrown in the glove box of a car, this headlamp works great in case of a breakdown in the dark. You can use it to illuminate under the hood while still having full use of both hands. The Tikkina is great for any two-hand task that you need additional light for. In addition to these uses, the Tikkina headlamp makes a great accessory for dedicated joggers who want to be able to see where they’re running during darker hours.

This headlamp is a great value for the price. Products in lower and similar price ranges do not meet the quality that the Tikkina displays. Typically, less expensive headlamps are even less bright than this option and do not exhibit a comparable battery life. The ease-of-use, battery life, comfort, and durability of this headlamp are all great for the low price-tag.

This headlamp comes in a variety of different colors so that you can choose from black, blue and white, green and gray, or pink and white depending on your preferences.

The Petzl Tikkina is simply a lightweight and more compact version of Petzl’s Tikka model headlamp. This larger version has an output of 100 lumens, rather than the Tikkina’s 80, and is larger and brighter than the model we have listed here. While this version may be better for more dedicated hikers, the Tikkina model makes for a better everyday headlamp and a good backup light to have nearby in case of emergencies.

Compared to the Foxelli headlamp, which is lower in price than the Tikkina, the Tikkina proves to be more lightweight and have a much better battery life. While the Foxelli battery can run a maximum of 45 hours, the Tikkina can run for up to 180 hours before batteries die. However, the Foxelli is brighter with 165 lumens and a bright white LED bulb.

The Black Diamond Spot headlamp is significantly more expensive than the Petzl Tikkina and considered more high-end in quality. It has a triple-power LED bulb and an output of 200 lumens, which far surpasses the Tikkina. This can be expected for the jump in price. However, the Tikkina does has a similar battery life to the Black Diamond’s highest setting, making it a great value buy. 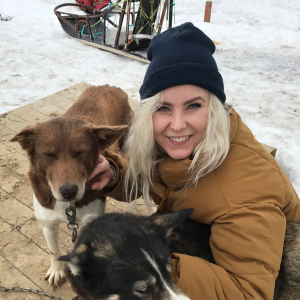 First things first, I have to admit it, I was born and bred city girl. It took a rather forced camping trip with some friends at college to open my eyes. I now love the outdoors; whether it be hiking, camping, skiing, kayaking or planning my ultimate adventure - to tackle the PCT. I've come a long way over the best part of the last decade (literally & figuratively), and hope I can help you too.

 5/5
Small and lightweight; easy to throw in a backpack and take everywhere without hassle, Exceptional battery life; can be depended on when needed most for several hours, Affordable; performs better than other headlamps of similar price, Perfect for close proximity and two-hand tasks
Check Price on Amazon

This site uses Akismet to reduce spam. Learn how your comment data is processed.