Steeped in history and mystery Turnbull Canyon is a moderate half-day hike. If you are in the Los Angeles area and like your hikes with a dash of intrigue read on to find out more about the Canyons creepy goings-on. 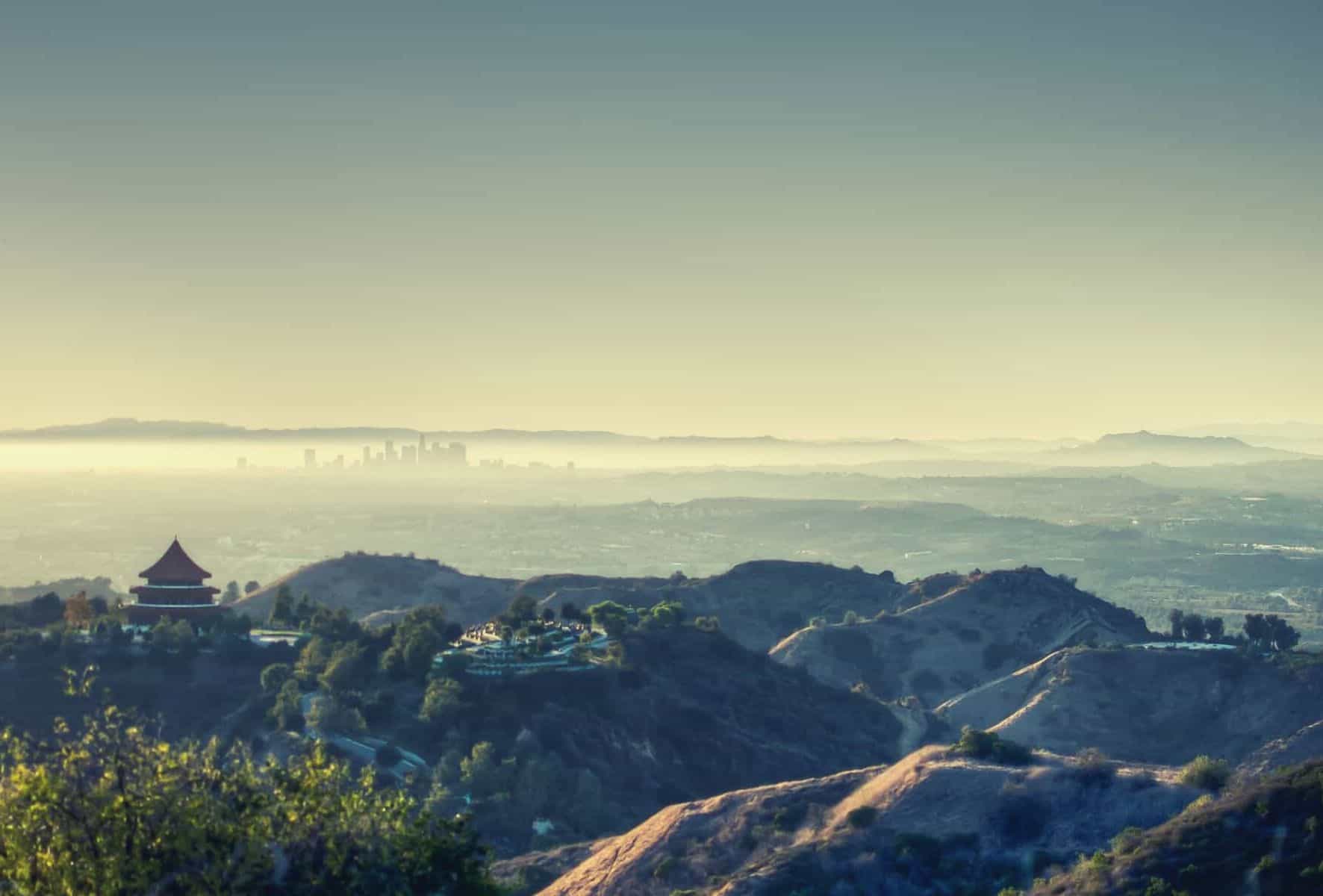 No good hiking between the San Gabriels and Santa Anas, they say? Whittier, CA’s Turnbull Canyon begs to differ!

Located a stone’s throw from Los Angeles and contained within the peaceful, surprisingly lush Puente Hills Preserve, Turnbull Canyon Trail offers just about the ideal half-day hike for those unable to venture further afield. If the area’s tranquility, tales of eerie happenings, and surprisingly varied and colorful flora aren’t enough to win you over, the views over LA to the San Gabriel mountains and of one of the Western Hemisphere’s largest Buddhist temples might just do the trick!

In this article, we’re going to run you through all the logistics involved in visiting Turnbull Canyon, from how to get there and what to take right through to what to expect on your hike and start-to-finish trail description.

We’ll also take a peek at the canyon’s somewhat intriguing history — more in an effort to whet the appetites of the more curious among you than scare you off, we promise!

Before we get down to that, here are a few highlights and lowlights of the Turnbull Canyon hike.

The Turnbull Canyon Trail offers a moderate, scenic, peaceful 2/3-hour hike that’s accessible year round. It lies within 40 minutes of downtown LA (traffic permitting) and makes for a pleasant, half-day getaway that’s rich in both natural appeal and historical intrigue.

​The canyon takes its name from Robert Turnbull (1843-1888), a Scottish immigrant who left his homeland to seek his fortune in real estate in the western USA. A boisterous drunk and no stranger to a feud or two with his creditors or competitors, Turnbull was found dead in an LA river, presumably murdered, in 1888.

Most visitors to Turnbull Canyon find it hard to believe that the area was once home to the largest landfill in the United States. The Puente Hills Landfill existed on the site from 1957 to 2013, after which the area was named a public park and the Puente Hills Habitat Preservation Authority was established to preserve and improve the area’s environment. These days, the Habitat Authority manages a total of 3,680 acres in the Puente Hills area.

Turnbull Canyon also boasts something of a darker past from well before its landfill days, with countless myths, urban legends, and mysterious goings-on lending the area an ever so slightly sinister mystique and reputation.

The first of these tales goes back to the times before European settlement when, it is claimed, the land was the deemed haunted by the local Gabrielino Indians. The Gabrielino named the area “Hutuknga”, meaning either “the dark place” or “the place of the devil”. Other sources suggest the area was the site of a massacre of the same tribe by Spanish missionaries after their refusal to convert to Christianity.

More recently, a number of other creepy and tragic tales have emanated from the area around Turnbull Canyon, some of which are entirely factual, others bearing the credulous and often kooky guise of urban myths.

Perhaps the most popular of the latter hold that the canyon was once home to an insane asylum which burned to the ground, residents included, during the Great Depression, and then the stomping ground of a macabre cult who adopted scores of children before sacrificing them in the depths of the canyon. Another oft-told tale alleges that the canyon’s infamous Gates of Hell (on Skyline and Descending Drive) bar entrance to a former meeting place of cults, satanists, the KKK, or to the former insane asylum itself. Oh, and there’s also been the odd UFO sighting or two…!

On a more factual note, in 1952, a plane carrying 26 passengers and three crew members from New York to Burbank redirected to LA International in thick fog and crashed into a hillside on the south side of the canyon, killing all on board. Then, in October 2002, a 17-year-old girl was murdered on Turnbull Canyon Road and dragged behind a car for 5 miles.

All in all, then, if you happen to be of the easily spooked or superstitious disposition, it might be a good idea to add a shot of something strong to your pre-hike prep for Turnbull Canyon. As you’ll see in the video below, a little bit of Dutch courage probably wouldn’t go amiss!

Turnbull Canyon’s second big surprise after its grisly past is its unexpected wealth of flora. Some of the plant and tree species you can expect to find along the trail include California sagebrush, black sage, Alan Chickering sage, yellow mustard, cacti, poppies, lupines, bluebells, live oak, poison oak, and sycamores.

A loop trail on a very well-maintained fire road.

No specific planning is required for a visit to Turnbull Canyon. That said, the park is open only 9am-5pm October to May and 9am-6pm June to September. This being so, be sure to give yourself plenty of time to complete the hike and factor in the additional mile of walking required if the trailhead parking lot is full. Any violators of the preserve opening hours face a $175-$1000 citation (yikes!).

The Turnbull Canyon Trail is open all year round, including national holidays. It’s relatively moderate inclines and wide hiking paths make it suitable for hiking in any season. That said, if you’re heading there in summer pack plenty of water — temperatures are often in excess of 100F and there are no sources of drinking water along the trail. It’s also worth noting that shaded areas are few and far between — bring your sun hat!

No permits are required for visitors to Turnbull Canyon.

From Los Angeles, head east on CA-60 for roughly 20 minutes to reach Whittier Narrows Recreation Area. Take up the right lane to merge onto I-605 South, then take exit 16 for Beverly Blvd East.

The Turnbull Canyon trailhead lies at the end of Turnbull Canyon Road, just behind the gates barring vehicular access to the fire road beyond. Free parking is available in a small, dirt parking lot beside the trailhead, but this is often full. If so, the closest non-permit parking is just over half a mile away at the corner of Camilla Street and Painter Avenue.

NOTE: parking on the road west of the trailhead requires Preferential Parking Districts, available only to residents. Arrive early to get a spot in the trailhead parking area and save an extra half-mile walk each way

From downtown Los Angeles, Turnbull Canyon Road can be reached by taking the 910 Silverline (SLV) to El Monte Station. From there, take the 282 East: Puente Hills Mall as far as Gale Avenue between Avocado and Hacienda Heights. From there, you can reach the trailhead with a roughly 30-minute walk by doubling back on the bus route for roughly 20 yards and then turning left onto Turnbull Canyon Road. The entire journey takes around 2h 15mins.

From the trailhead on Turnbull Canyon Road, the trail follows the flat fire road for just over half a mile. At the first junction, the canyon loop begins on the Sumac Trail (turn left), curving gradually uphill before a few steeper switchbacks as you near Skyline Drive. From here, the views begin to open up, and on very clear days you might even be able to see as far as Long Beach and Catalina.

Though you may see others flouting the rule, dogs must be kept on a leash and remember to bring poo bags!

After roughly 1.4 miles, the Sumac Trail intersects with the Skyline Drive fire road. Stick to the right both here and shortly afterward when Skyline Drive veers into the Sumac trail once again. Looking west at this point, you will see the pagoda of the Rose Hills Columbarium of the Hsi Lai Buddhist Temple. A short, steep ascent takes you to the water tower on the ridge to your east, where you’ll have outstanding views of the San Gabriel, San Bernardino, San Jacinto, and Santa Ana mountains.

From the water tower, descend the steep fire road on the tower’s north side. After another 0.45 miles, head east on Skyline Drive and continue along the ridge. After passing through a fence, turn right onto the Schabarum Trail to begin your descent back into Turnbull Canyon.

For those of you with a little extra gas in the tank or simply wanting to prolong your day out, the Turnbull Canyon hike can be extended by turning left at the end of the Schabarum Trail. From here, you can complete the entire loop around Worsham Creek and the Workman Trail before rejoining the Turnbull Canyon Road via the Elderberry Trail (add 3.8 miles/1.5 hours).

Alternatively, you can make a shorter extension by taking the first right onto the Workman Trail at the junction (0.6 miles) with the Juan Batista de Anza National Historical Trail and continuing onto the Elderberry Trail (add 1.6 miles/40 mins) to return to the trailhead. 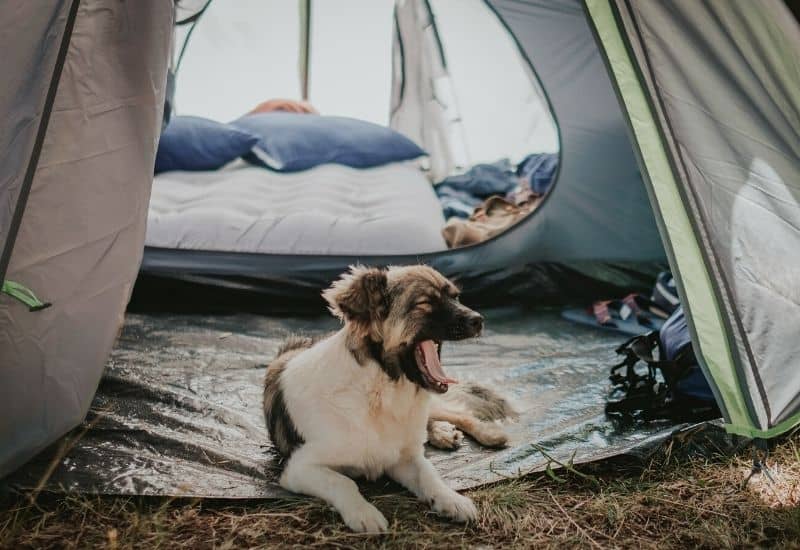 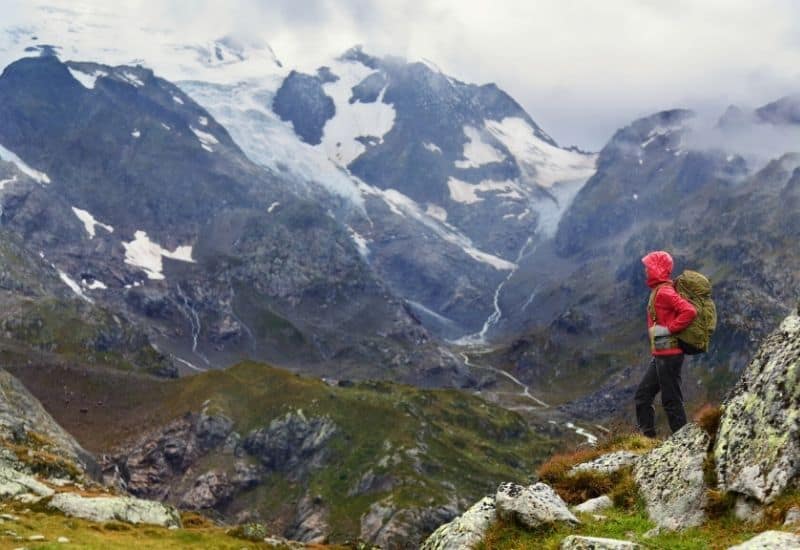 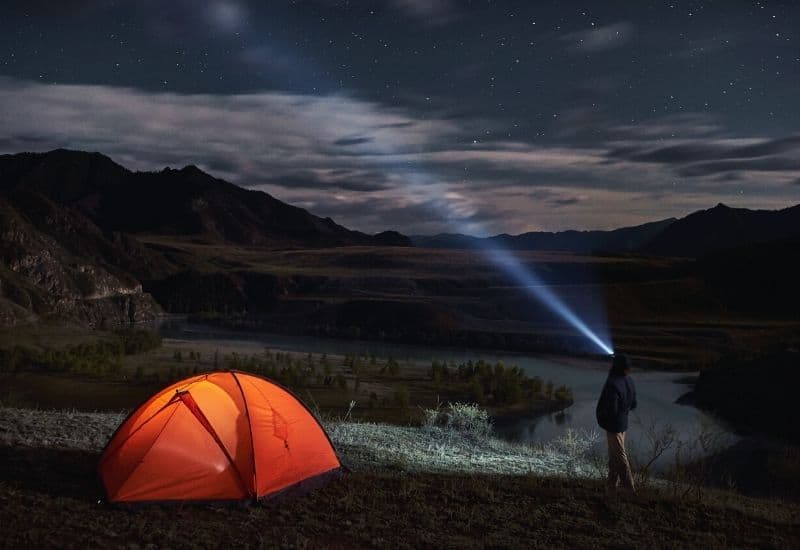 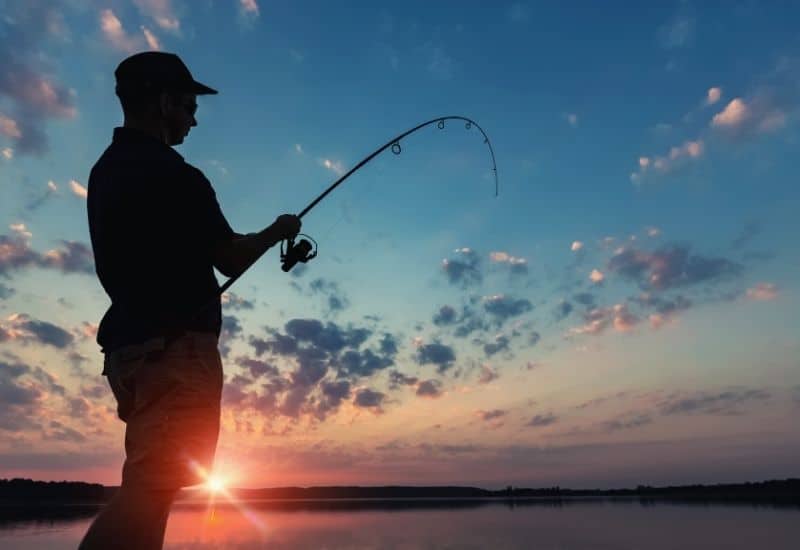 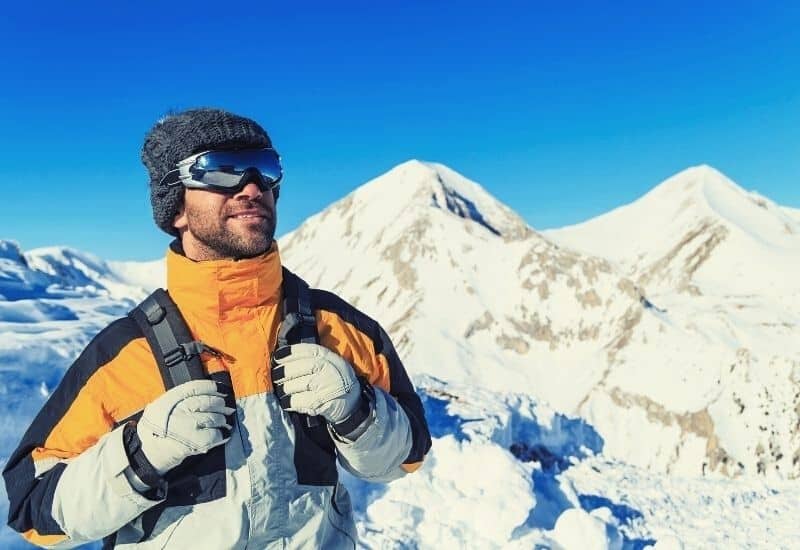