What to Do If You See a Bear When Hiking

Are you planning to go hiking in bear country? From chance encounters to full-blown attacks, our guide has tips to help ensure you walk away from any bear encounter unscathed! 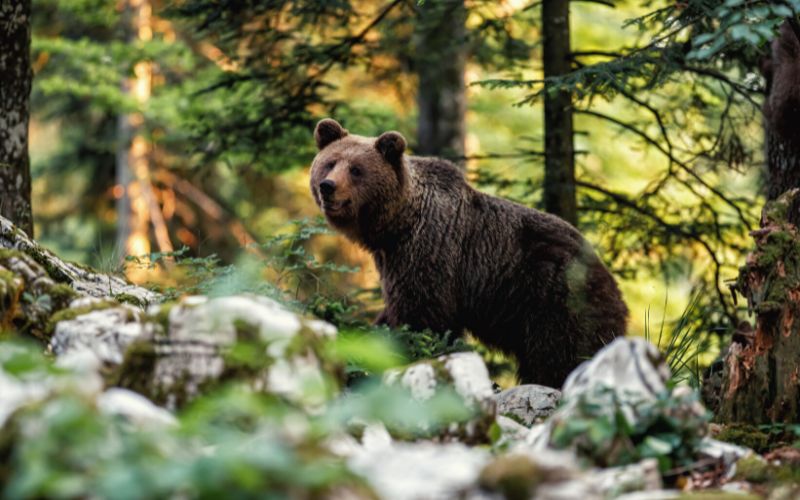 See a Bear While Hiking, What Next?

Worried about bear attacks on the trail?

Bears inhabit some of the most beautiful landscapes in North America. From Alaska’s massive mountains and the Pacific Northwest’s alpine meadows, to the green rolling hills, maritime areas, and dense woodland of the east coast. Many scenic hiking trails in the U.S. meander through these spaces.

Encountering a bear is a magical moment, but we must remember that they can be very dangerous animals. However, proper preparation to go hiking in bear country – food storage, being alert, making noise while walking, knowing how to use bear spray – is the best way to handle bear encounters and avoid full-on attacks.

Bear attacks are rare. Between 2000-2015, there were only 183 in North America. The odds of being attacked? One to 2.1 million. Nevertheless, it’s always best to be prepared. Our guide on what to do if you see a bear while hiking explains how that’s done.

What To Do If You See a Bear When Hiking: All You Need to Know

Like any hike, research the location you are going to. While bear research doesn’t reduce the likelihood of a bear encounter, it will prepare you for any surprise encounter!

If you plan on visiting a national park, visit their website or the nearest Visitor Center for the latest bear safety information. The National Park Service also provides area-specific updates.

When camping, you’ll want to properly store your food far away from your tent (never keep food in your tent!). Although some national parks provide food storage lockers, be prepared to carry your food in a bear-proof container or know how to rig a bear hang. Do your research beforehand!

Carrying bear spray is an effective way to protect yourself from potential bear attacks. However, like a map and a compass, it’s useless if you don’t know how to use it properly!

In bear country, we recommend not carrying bear spray in your backpack. This reduces its accessibility. Carry it on a hipbelt or quick-draw holster.

Before heading out into bear country, practice using your bear spray canister. Remove it from your holster. Hold it out in front of you. Remove the security clip. Then, spray (slightly downhill and always adjusting for the wind). You’re aiming to create a cloud of bear spray, rather than getting a perfect ‘headshot’.

Although scent-proof bags seem like an easy solution for protecting food from bears, unfortunately, they’re not entirely smell-proof. Bears have one of the best senses of smell in the world . . . nearly 2000x that of humans.

Scent-proof bags are designed to prevent odor, air, or vapor from entering or escaping the bag. Although they’re more effective than Ziplock bags, bears can still smell through them.

The best way to store your food is to first put it in scent-proof bags, then inside a bear canister. Bear canisters do not mask the smell of food, but bears cannot break into them.

There are a few things you can do to avoid a bear encounter.

Since ursines of all kinds are most active at dawn, dusk, or at night, it is recommended to hike during daylight hours and in a group of three. Not only will more people minimize your chances of looking like prey, but you will talk and make more loud noises, which is important.

While hiking, take turns yelling ‘Hey bear!’. You can make a fun game of this, but more importantly, it informs nearby bears that you are there. If you have a pet, make sure they’re wearing bear bells.

If you are near running water or it is extremely windy, the chances of you hearing a bear is much smaller. Along with yelling, stay alert. You don’t want to surprise or scare a bear!

Whether it’s a grizzly or a black bear, most bears don’t attack humans. However, if you find yourself looking at a bear, knowing what kind you’re dealing with is important.

Brown or grizzly bears – ursus arctos – are characterized by a large hump on their shoulders. They have bigger claws, a concave face, and smaller ears. They tend to be much bigger and scarier looking than black bears, too. ‘Grizzly’ refers to inland bears, whereas ‘brown’ refers to coastal bears.

Assuming the following tips (below) fail to redirect an attack, if a brown bear attacks you, keep your backpack on and play dead.

Yes. Lie flat on your stomach and spread your legs apart with hands clasped behind your neck. Minimize your breathing and wait until the bear leaves the area before moving on. If the grizzly bear attack persists, then fight back. Aim for its face.

Now, black bears. Some people sometimes mistake black and brown bears. However, it’s very important not to judge a bear by the color of its coat. Some grizzlies are brown, cream-, light- and cinnamon-colored, and are not always ‘grizzled’.

Similarly, black bears can be brown, black, or even white. Characteristics are important. A black bear has a pointed face profile, bigger and tall-pointed ears, no shoulder hump, and smaller claws.

If a black bear attacks you, do not play dead. Instead, try escaping to a secure place, such as a nearby building or car. Do not climb trees. Black bears can climb better than you – period. If there is no safety nearby when the black bear attacks, fight back. Aim for the muzzle and face.

Whether it’s a grizzly or black bear, you want to identify yourself as a human, rather than prey. Stand your ground, slowly wave your arms in the air and talk in a low voice. During the initial encounter, avoid loud noises.

If the bear stands on its hind legs, don’t be frightened. This is normal bear behavior. It is curious.

A sudden scream or movement on your behalf can quickly impact a bear’s behavior.

Stay calm. Talk to the bear in a low voice. Being aware of and understanding bear behavior is important. Bears may bluff charge, salivate, growl, yawn, or lay their ears back, but continue to stand your ground, talking, and remain calm.

Whether a grizzly or black bear approaches you, do not imitate their noises or sound like another animal.

When you see a bear, it’s important to pick up small children as soon as possible. Stay in a group, have one person prepare to use the bear spray, and avoid making noises that may sound like a high-pitched screech.

When picking up children, avoid dropping your backpack! Not only does this give the bear access to your food and a reason to stick around, but a backpack provides protection should a bear attack.

Avoiding eye contact is crucial if you’re dealing with a mother bear, especially if she’s a grizzly. Grizzly bear attacks are more common than black bears.

If your encounter with a bear persists and they haven’t moved away yet, make yourself look bigger and make more noise. Wave your arms, shout, bang hiking poles. Hopefully, the bear will back away.

This is a good time for someone in your party to grab the bear spray, remove the safety clip, and prepare to spray.

If the bear approaches, have your spray ready.

Hopefully, you practiced using the bear spray. When the bear is between 10-20 yards away from you, spray. You are trying to make a thick cloud for the bear to move through. If it keeps charging, spray the bear’s face. When the bear changes direction, stop spraying and slowly leave the area.

If the bear makes contact, it’s fight mode – there’s no other way around it. Kick, yell and throw any objects you can, and try making contact with its muzzle.

Bear encounters are often merely encounters, rather than full-blown warfare.

Whatever you do, never run away from a bear. This will most definitely warrant a chase. Similarly, don’t climb trees.

If the bear doesn’t react when you see it, keep a safe distance between you and the bear and detour. If the bear does notice you but remains in place, avoid jerky and sudden movements, as the bear may react defensively. Back away slowly or move sideways.

Whatever you do, do not approach it, and always make sure the bear has an escape route. We’re aiming to be non-threatening. When you slowly move away, ensure you have your bear spray with the safety clip off, ready to spray.

If the bear feels threatened and moves toward you, stand your ground and follow the steps above.

If you’ve sprayed the bear and it’s retreated, or you’ve had a fight and luckily haven’t faced serious injuries, move away from the area slowly.

Bears inhabit the most spectacular and wild landscapes. Massive mountains, dense pine forests, alpine meadows, seascapes, rolling hills – these are the same spaces we are attracted to. As such, we have to be ready for any encounters with them and treat them with respect.

If you know anyone who is planning an adventure in bear country, then feel free to share this article with them! 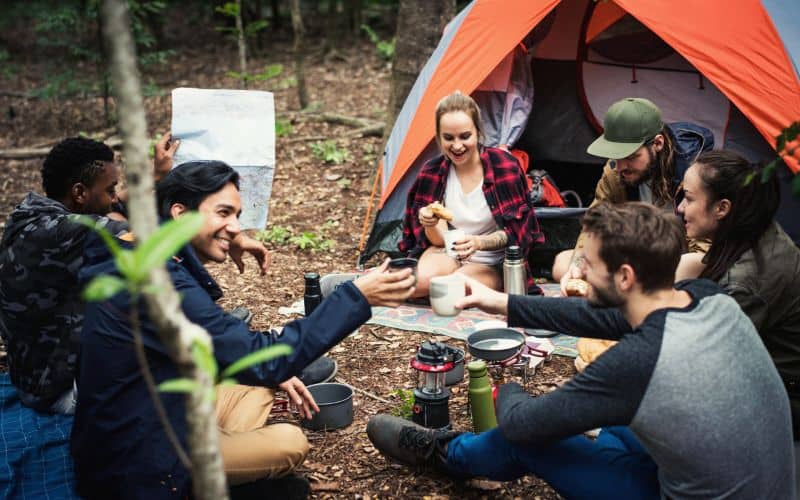 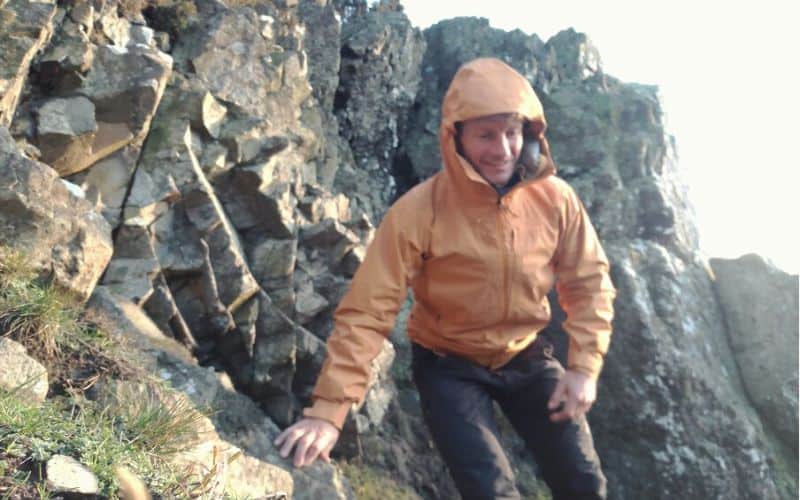 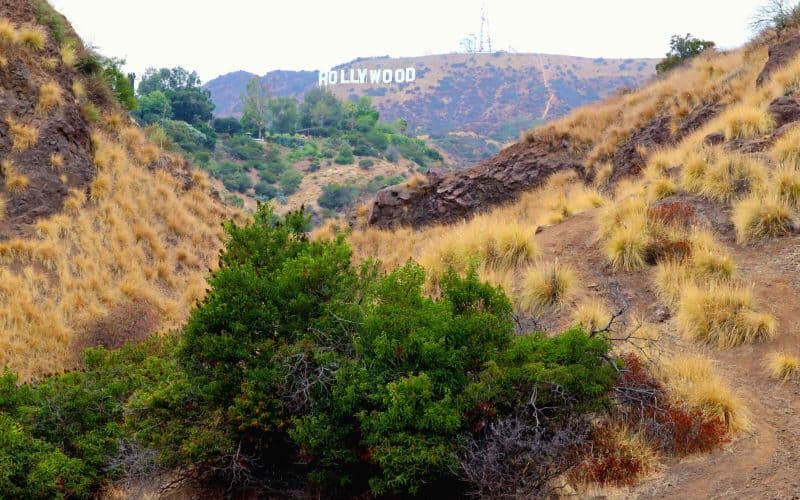 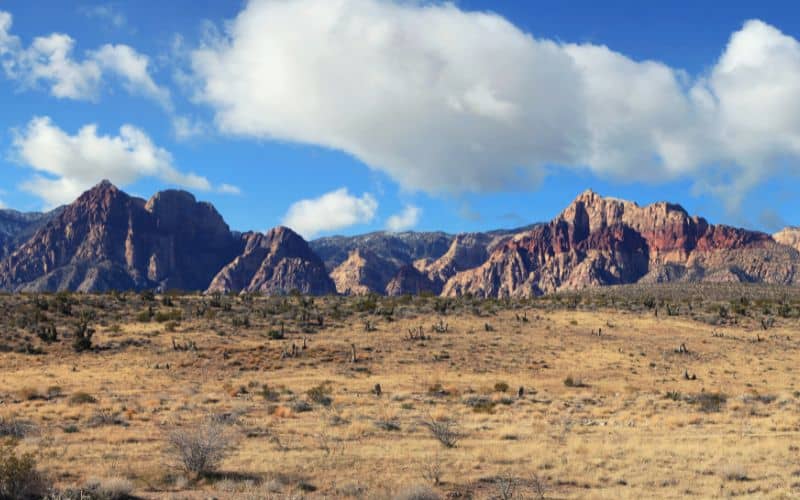 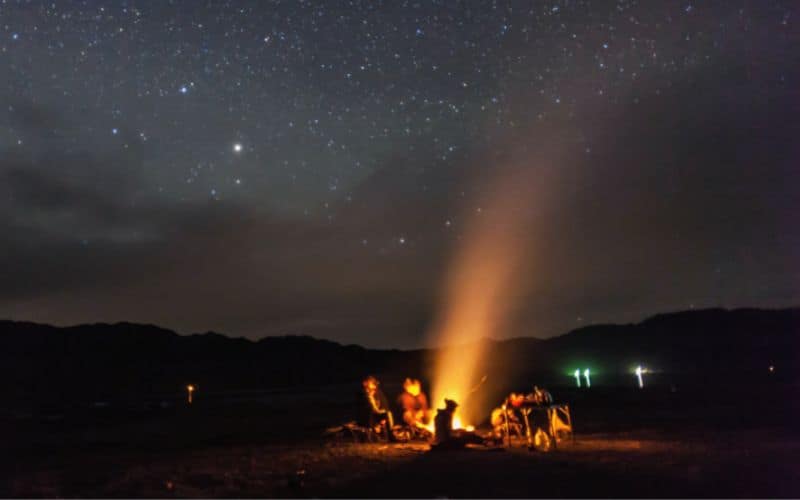