OK, so I read the pages, and I am going to teach kids this, what do I do? This page has a few suggested exercises, and this page is intended for coaches and educators who have themselves some experience. Anybody can be taught using this page, of course, but it is principally aimed at teaching kids.

First, there are some very important considerations to make. The feeling of being lost is something that may be very stressful to a child, and if stressed too much, a child may never learn to love the backcountry. Some children are perfectly capable of coping with the feeling of being lost, for others coping with this feeling may take a very long time, but once achieved I believe it is a considerable survival skill that may help save somebody’s life some day.

As a coach, you need to be aware of this situation, and be very cautious until you know the children you are coaching. It is of great importance that the exercises in the forest are planned with this in mind.

Now to the exercises: For the absolute beginners, it is important that they master the techniques described in lesson 1 and 2. This can be done partially with practise without going anywhere, but that gets boring pretty fast, you could let the kids do it a few times. In this first exercise the aim is solely to choose the right control from several you can see. This way, you get practise, but need not fear getting lost. It requires some work done, however. Check out this figure:

To the right is a map of your backyard. In the middle is a symbol

, and they are placed in all the circles. The map here is of course an imaginary map, and you would have to draw a map of your own back yard. The scale isn’t very important, but it has to be correct with regards to the compass. Also on the figure above is a detail from the upper left corner of the map as it would look in the real (imaginary…) world. You should draw all buildings, large rocks, bushes and trees and other features you see, like you see from the detail.

The kids are going to choose the right control using the map you drew, and the compass. The first time you do this, you should take your time, and help each one of the kids with taking the compass course. When they have taken the course, they decide which control is the right one, run or walk up to it, and come back. Then they do the same with the next control. The sequence each kid does this, is however, unique.

The second time, it is time to do some more fun. Here is one example. Make it a treasure hunt! This is the plan: At each control, put a bag of some treasure on the control, one for each kid and unique to the control. Take for example, starting in the upper left corner by the north arrow, a bag of bananas by the bushes, a bag of oranges by the corner of the house, a bag of apples by the tree and so on. Each one of the kids is going to fetch the treasures, in a unique sequence, as fast as they can, they are supposed to be running back and forth to the strating point between each control. The controls are numbered, and each kid gets the sequence he or she is going to run to the controls in, and which treasure is at which control, so if he or she finds the wrong type of treasure, he or she knows it is the wrong control. You are standing there checking everybody got the right sequence. Which means you get a hard time… This is going to be chaotic, everybody running in different directions, and chaos is fun!

For small kids, it is important that everybody is a winner, and although somebody is going to be fastest, nobody is a loser when they get all these treasures.

There are of course, many possible variations of this method, relays, take as many treasures as you can in a specified time, and so on. Lots of fun! You should continue with variations of this method, maybe taking them out in the forest, until everybody feels confident they can use the compass safely and accurately, This may take some time. In a proper orienteering course, compass usage is of course only a small part of it. Consequently, you may use the two first exercises (this one and the next), for the compass part of the course for a full year, but with variations of course.

Let’s move to the bush. Compass usage is most important when you haven’t got any other features to guide you, such as paths, streams etc. So to get proper training, the kids have to go where they don’t follow paths and such. This makes things more difficult, of course, and it is easier to get lost. Which means we are talking about the feared “feeling of being lost”. Therefore, it is essential, assuming the kids have not yet got all the confidence they need to be out there completely on their own, to plan the exercises with a “security net”, so that they cannot get really lost. This is achieved by ensuring there are features like roads, large paths, streams etc. that they can’t miss, if (when) they miss the control.

It may be a good idea to put the start at a point that is visible from quite a distance, like a tower, for instance (the ‘T’ in the start symbol means tower). This time, the place you use should be covered by a real map, preferably with a large scale. Two controls are indicated as examples. Neither of the controls are visible from the start, which means the kids would need to use more techniques to get there. Before you start, you would need to instruct the kids what to do if the miss the control. If they think they cannot go right back to the start, they should just proceed until they find the road, and take one of the large paths back.

The first times you are out this way, it may be a good idea to follow the kids around. In this case, you may not need to go back and forth, but go a course with 100-200 meters between the controls. Let the kids do the orienteering. Then you can again arrange treasure hunts, relays and such as the kids run back and forth. As the kids build up confidence, some will surely do this faster than others, they may take two controls for each time they run out, so they won’t have to run the same path back and forth.

Hopefully, during this process, the kids will build up confidence in themselves, and know what to do when they miss. Eventually, they will be able to cope with the feeling of being lost, and then they may proceed to greater challenges.

This is the greater challenge. This is a real orientering map, “Eggemoen”, published by Ringerrike Orienteringslag©, used here with permission. It illustrates how one uses a black pen to make parts of the map unreadible, which forces the runner to use the compass. In general, this method is regarded too difficult for beginners, but I have made some simplifying additions to the method, so I believe it is now appropriate for second-year beginners. It is, however, important that the kids have learned to cope with the feeling of being lost, it is nothing they fear anymore, because anybody who uses this method will get lost once in a while.

As you can see, I have made a course on the map, and there are different levels of difficulty associated with each of the controls. The first control is the easiest. One crosses several roads and paths on the way to the control, and there are paths leading into the control from each side. The crossing of roads has mainly two purposes: The child can see how far he or she has got, and secondly, it helps to build confidence. It doesn’t play a very important role in finding the control, because the compass is supposed to play the main role in that. It can be used to correct the bearing if it is obviously wrong though. The control has also a “security net” – the road just after the control. If the control is missed, it provides a way to get back in, a detail that cannot easily be mistaken. The red arrow indicates such a detail.

The second control is a little more difficult. There are, contrary to the first control, few crossings. A few details are allowed to be visible though, so that the child can check his or her bearing and make sure he or she hasn’t gone very wrong. The control has still a security net, the red arrow indicates a good place to get into it again.

The third control has only the security net left, even the road that is crossed is blacked out. This is pretty difficult, and suited to teens that are getting experienced are about to move up to more difficult courses.

So is the fourth control. The kids who can run courses with this kind of controls are confident in the forest, has already been doing a lot of missing, and has analytical experience enough to find back without aid.

The fifth control is a control that may be good for experienced orienteers for this kind of training. 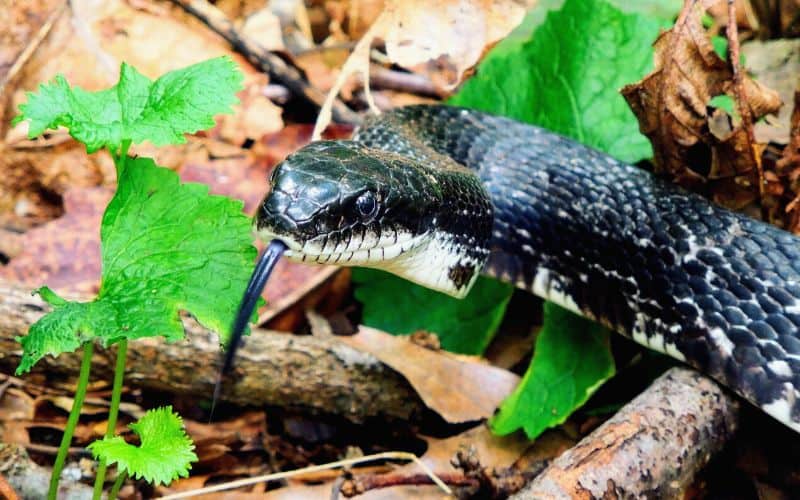 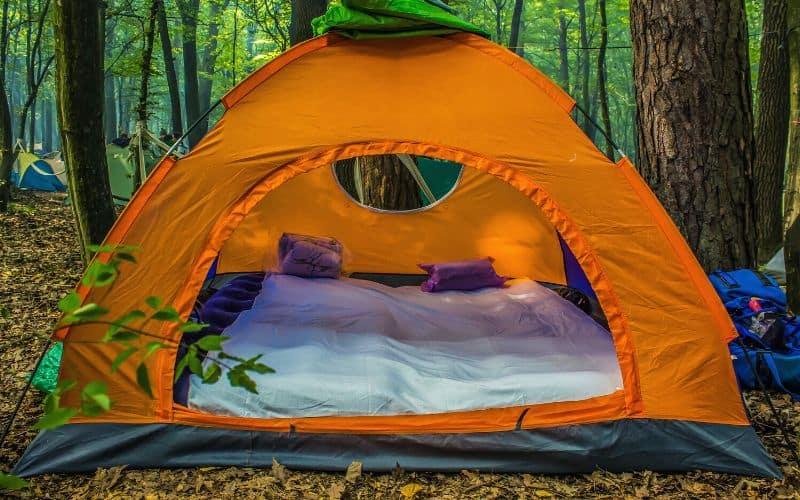