How to Find North Without a Compass: Five Ways to Find True North 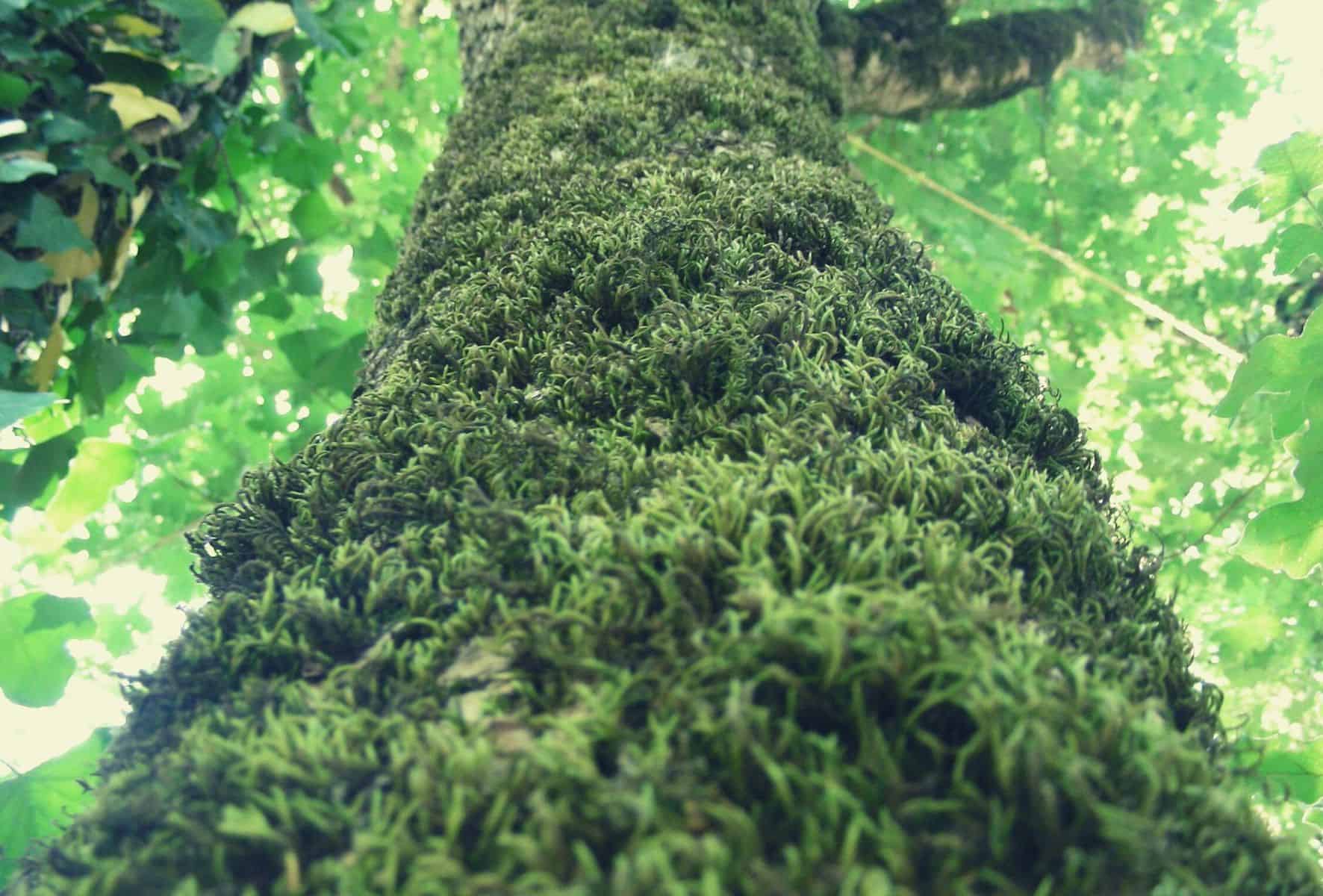 How to Find North Without a Compass: Five Ways to Find True North

Want to know how to find out which way is north?

A good hiking compass is, without doubt, one of the handiest and most essential items in any hiker or backpacker’s kit.

This fact is never more evident than when, for whatever reason—breakage, loss, forgetting to pack our compass for our trip, or if our compass has taken its own trip over the edge of a cliff—we have to try to make do without it.

But in such scenarios, all is not lost, and a few less technological tricks of the trade can help us find our bearings and—hopefully—navigate safely to where we need to go.

How to Figure Out Which Way is North: Four Ways to Find North

Most people know that the sun rises in the east and sets in the west, moving from east to west through the south. Using this knowledge and a few sticks, some stones and a little bit of patience it is possible to get a bearing on north.

Place the stick into the ground, upright in a spot of clear, level ground and mark where the tip of the stick’s shadow lands with your first stone. Wait for 15 minutes to half an hour or so until the shadow has noticeably moved.

After that time, the shadow will have moved to one side of the stick and also have gotten shorter or longer. Place your second stone at the tip of this shadow, then draw a straight line in the dirt between the two stones.

This line gives you your east-west axis, with the first stone marking west and the second marking east. Now, if you stand at a perpendicular angle to the line you have traced—facing the opposite direction to the sun—you will be facing north. Simple!

Warning: It’s a common belief that moss always grows on the northern side of trees. While the north side of a tree is the shady side (in the northern hemisphere), and moss does prefer a damp shady environment to grow be very careful. The type of soil, shade from other trees or obstructions can create the perfect conditions for moss to grow anywhere, even the south side of trees.

Use an Analog Watch Hour Hand and the Sun

While this isn’t the most accurate means of finding north due to the variance between standard time and solar time, it can at least help to give a general bearing, provided you remember to make adjustments for daylight savings time by winding your watch back an hour if it is set to DST.

First up, take your analog watch off, hold it out flat in the palm of your hand, and point the hour hand to the sun. Then draw an imaginary line at the half-way mark between the hour hand and the 12 o’clock mark. If, for example, it’s around 5 o’clock, then this line should fall between 2 and 3 on one side of the watch and 8 and 9 on the other side.

This imaginary line across the face of your watch gives you your north-south line, with south represented by the side pointing towards the sun. Naturally, north is therefore the point of the imaginary line in the opposite direction of the sun.

How to use the Stars to Navigate

The simplest way to navigate once the sun has gone down involves using the orienting landmarks in the night sky: the stars.

First, if you are in the northern hemisphere try to locate the North Star (also known as Polaris). If you can do so, then you have one of the most trustworthy north bearings there is and you’re good to go.

In the Southern Hemisphere, finding south is far easier than finding north. Such is the nature of cardinal directions, however, that if we can find one of them, then we can easily find the rest.

To find south in the Southern Hemisphere, get your star-gaze on and try to locate the Southern Cross, which is made up of four bright stars and is a distinctive feature in clear night skies. Next, sketch a mental line through the two stars that form the latitudinal (vertical) axis of the slightly askew cross and continue tracing said line roughly five times the length of the gap between the two stars into the sky above. At that point, you’ll be looking more or less directly south.

If you carry a sewing needle as part of your repair kit, why not make it your backups compass backup. Prior to setting off on your trip magnetize the needle by swiping it against a magnet 40-50 times (Check to make sure it’s magnetized).

When out on a trail, fill a small bowl with water. Place the needle on a small piece of paper (with the four cardinal points marked – North South East West) or a leaf and gently lower it onto the water. If you correctly magnetized your needle it should rotate to point at north.

Two Sticks and a Star

Another mode of nighttime navigation involves using two sticks, a bright star, and a little bit of patience.

First up, find two sticks, one of which (S2) is slightly taller than the other (S1). Get down on your knees and place S1 firmly in the ground at eye level, then place S2 in the ground roughly 12-18 inches behind S1. Next, lie down on your tummy and align the tips of the sticks with a bright star, making sure you’re comfortable enough to remain stationary and keep your eye fixed on the tips of the sticks and the star for 5-10 minutes.

By gauging the movement of the star, you can determine which direction you are facing.

If the star seems to move: 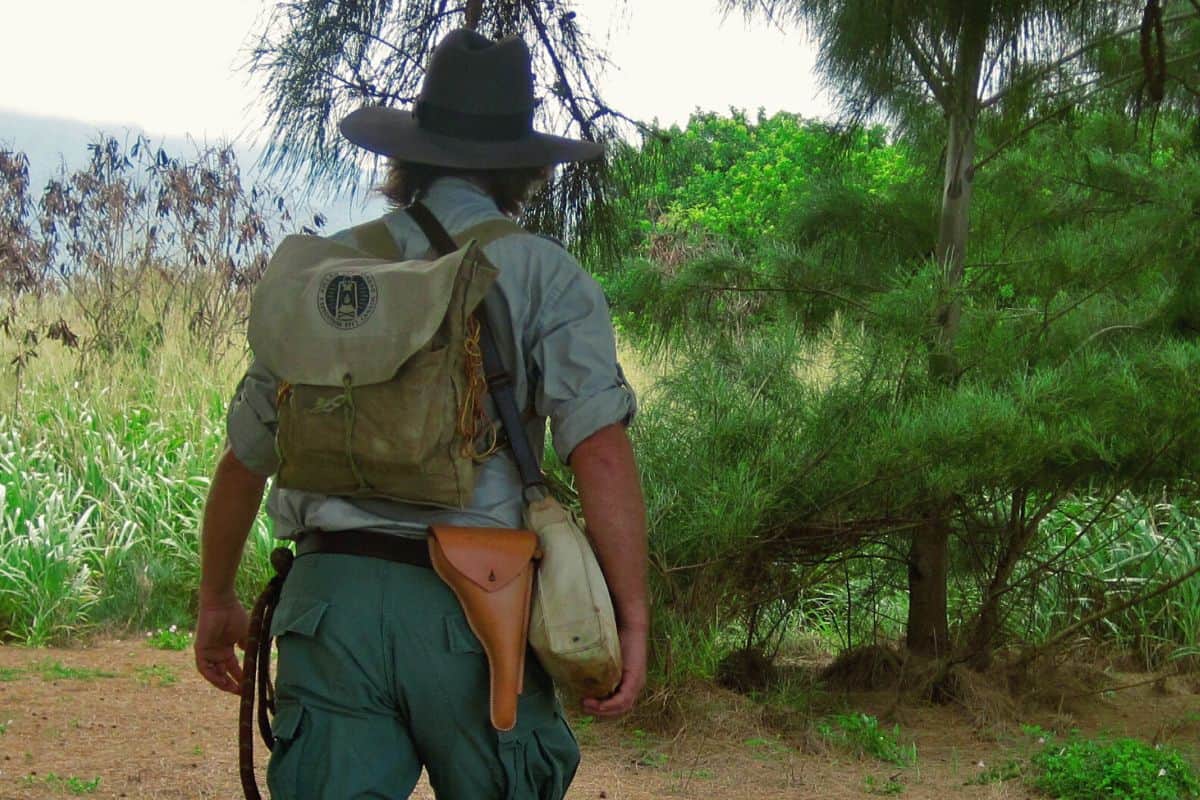 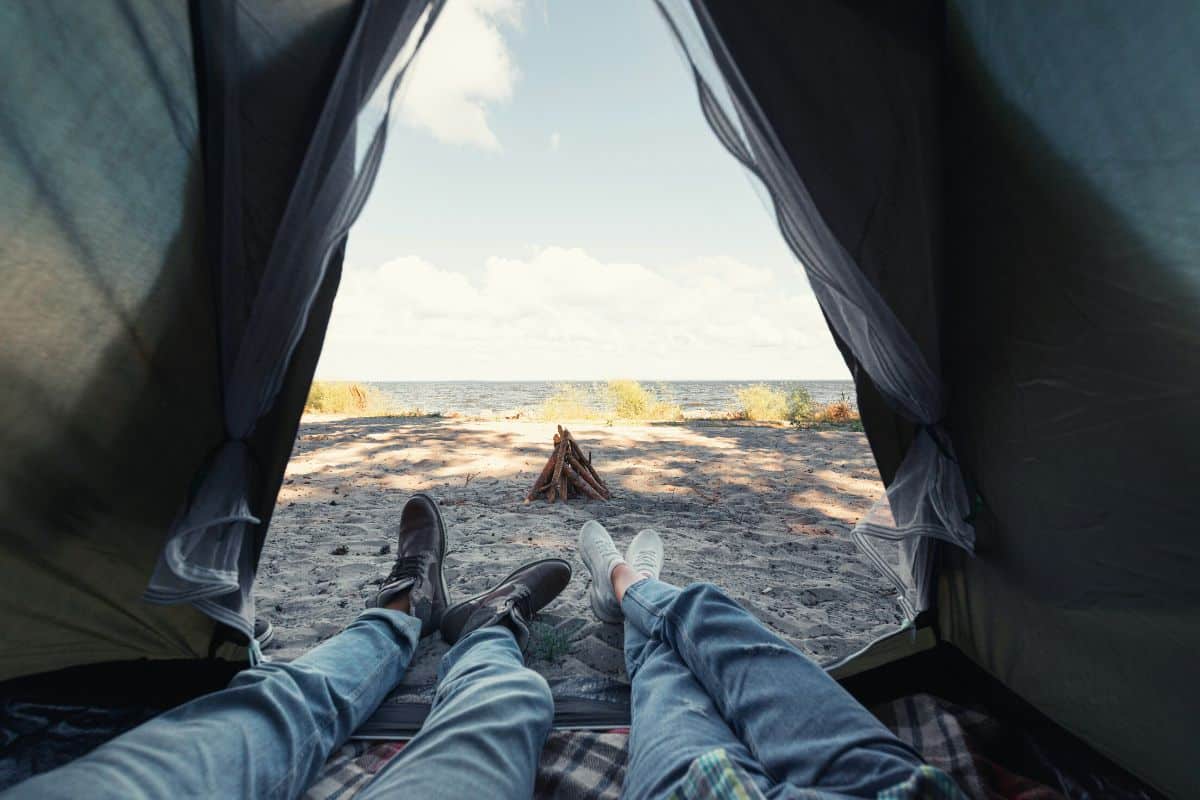 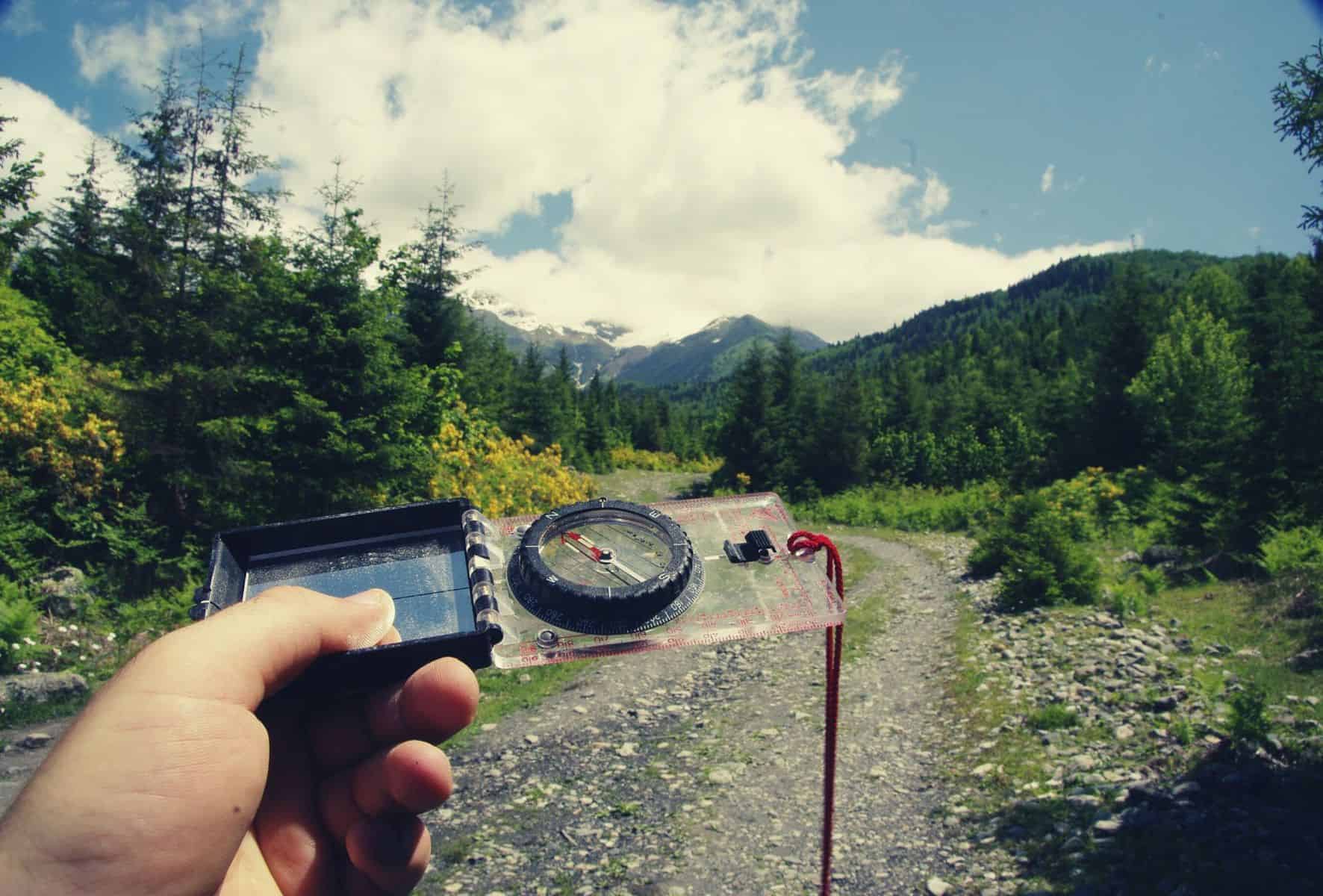 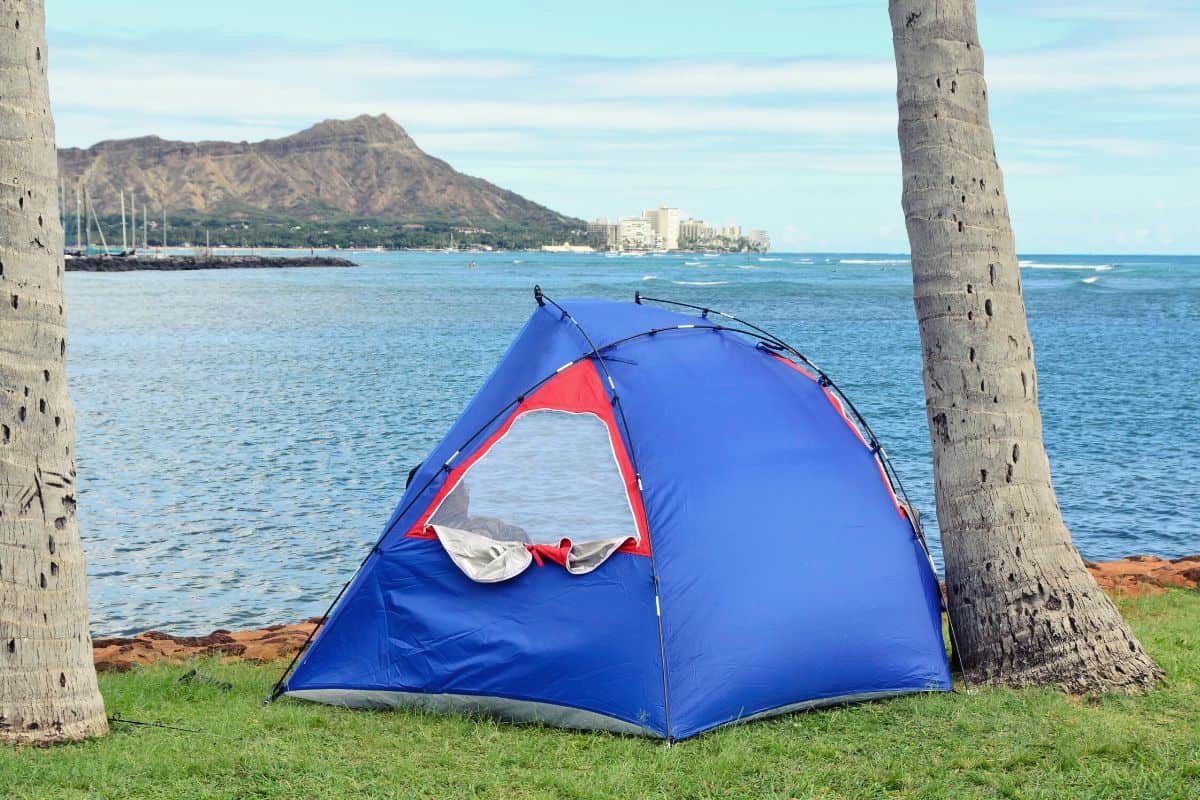